My name is Paul and I have been EXTREMELY lucky to have spent most of my working life in the music business in one way or another at a reasonably high level. I have been blessed to have toured a LOT of the World. East to West, North to South and been lucky to have recorded in some of the top recording studios around.
Although I have some good stories, it’s not been the most lucrative of professions! Even having played on various European number one songs, you’d probably be quite surprised at just how little money there is in the music business unless you are one of the VERY few… The Elton’s The Stings, The McCartneys etc…

In 2012 our then 4 year old boy became very VERY ill with Lymphoma and spent almost an entire year fighting at Great Ormond Street Hospital. Thankfully, he’s a happy and healthy 13 year old as I write this, but that year changed our lives forever! You look at the world differently when your family goes through a challenge such as this.
I took the decision that I would gradually work my way to staying at home more and NOT going off for sometimes months on end (on tour).
This culminated in me deciding to do a Masters degree in 2016 in order to get a ‘proper job’ (my mum would finally be very happy!).
I had seen the incredible success that my good friends of 20+ years, Howard and Jane had achieved with THEIR Avon business and Howard rightly told me that starting my OWN Avon business might be a good way of bringing in an extra income whilst I studied.

To say that I took to it like a duck to water would be an under-statement!

Due to the time-pressure of studying, I decided to focus on promoting my Avon Online Store and in my first six weeks, I had managed to sell over £22,000 worth of products! This had NEVER been done before in Avon’s history and lead me to being nominated and winning the Direct Selling Association (UK) ‘Star of the Year’ award in 2017. This award is open to almost half a million direct sellers in the UK, so it was an incredible honour to receive this award and it has pride of place in my home studio.

Since I started in September 2016 (the same week that I started my Masters Degree), I have gradually built up an Avon team and have met some wonderfully inspirational people in the process.
Somewhere along the road, my wife Hana perked her ears up and decided to give it a go as well, although she is still busy with being an in demand physiotherapist, she fits her Avon business around her existing commitments – with my and our children’s help of course!

Nothing gives us greater pleasure than to see people reach their full potential to reach their aims and goals and hopefully, eventually sack their boss!
If you fancy sacking YOUR boss, then apply now and we’ll get back in touch with you and see if you have what it takes to become a rockstar!!!

We have SO much Fun! 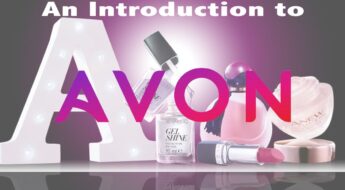