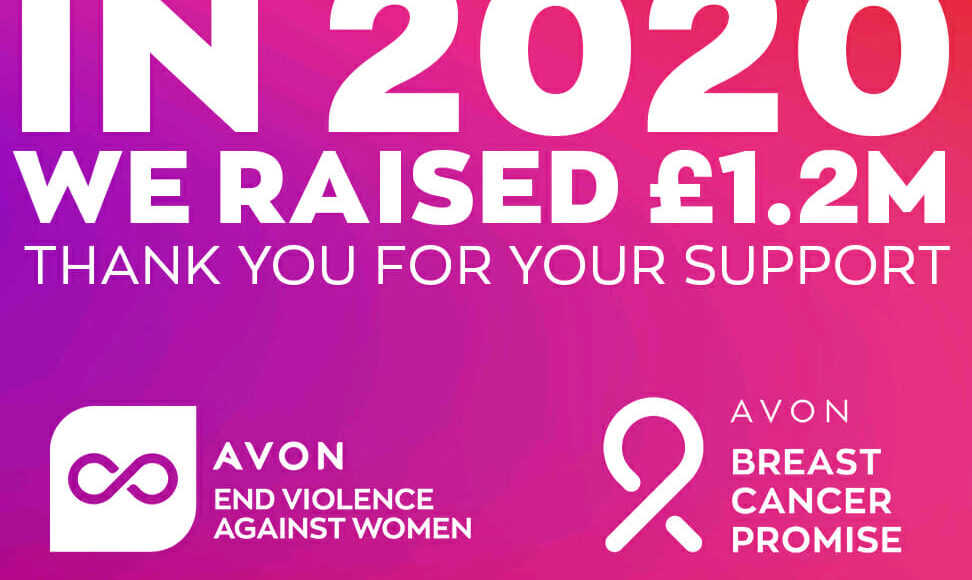 Another reason to be proud of being a part of Avon is that every year, they raise a LOT of money for charity and even during the crazy lock-down year of 2020 managed to raise a whopping £1.2 MILLION !!!

Since 1992, Avon rep’s and customers have raised over £20 MILLION for Breast Cancer Awareness alone which is simply amazing. It’s great to know that as we go about our Avon business and earning an income, we are also helping many many women.

The Avon Charities include…

1 in 3 women worldwide will experience gender-based violence in their lifetime – at home or in their community. This has to change. That’s why we’re committed to ensuring no woman should face abuse alone by speaking out about the issue and ensuring every woman in the UK knows the signs and knows how to access support.

Here at Avon UK, we proudly work with Refuge and Women’s Aid to stand by our Promise to transform the lives of millions of women and children.

We believe that no woman should be left in the dark about breast cancer. Every woman should know the signs, knows how to take action and can access support if needed.

Right now, we know the most important way to create a world where no woman should die from breast cancer is through early detection. We can save lives. That’s why in the UK we partner with CoppaFeel! to end the late diagnosis and Look Good Feel Better to provide support those diagnosed.

We believe in the power of beauty to support self-expression by challenging stereotypes. We proudly support Changing Faces, UK’s leading charity for anyone with a visible difference, as the first beauty brand to commit to the charity’s #PledgeToBeSeen.

Together, we’re working to represent more people with visible differences in our beauty campaigns.

If you would like to give a go, meet people and earn money whilst having fun and helping to raise money for charity, please fill in this form. 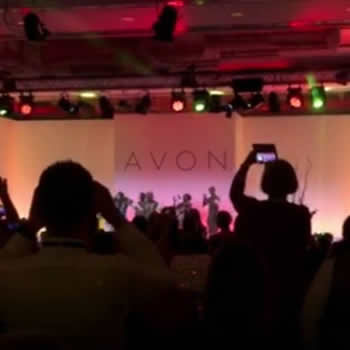 My name is Paul and I have been EXTREMELY lucky to have spent most of my working life in the music business in one way or another at a reasonably high level. I have been blessed to have toured a LOT of the World. East to West, North to South and been lucky to have recorded in some of the top recording studios around.
Although I have some good stories, it’s not been the most lucrative of professions! Even having played on various European number one songs, you’d probably be quite surprised at just how little money there is in the music business unless you are one of the VERY few… The Elton’s The Stings, The McCartneys etc…

In 2012 our then 4 year old boy became very VERY ill with Lymphoma and spent almost an entire year fighting at Great Ormond Street Hospital. Thankfully, he’s a happy and healthy 13 year old as I write this, but that year changed our lives forever! You look at the world differently when your family goes through a challenge such as this.
I took the decision that I would gradually work my way to staying at home more and NOT going off for sometimes months on end (on tour).
This culminated in me deciding to do a Masters degree in 2016 in order to get a ‘proper job’ (my mum would finally be very happy!).
I had seen the incredible success that my good friends of 20+ years, Howard and Jane had achieved with THEIR Avon business and Howard rightly told me that starting my OWN Avon business might be a good way of bringing in an extra income whilst I studied.

To say that I took to it like a duck to water would be an under-statement!

Due to the time-pressure of studying, I decided to focus on promoting my Avon Online Store and in my first six weeks, I had managed to sell over £22,000 worth of products! This had NEVER been done before in Avon’s history and lead me to being nominated and winning the Direct Selling Association (UK) ‘Star of the Year’ award in 2017. This award is open to almost half a million direct sellers in the UK, so it was an incredible honour to receive this award and it has pride of place in my home studio.

Since I started in September 2016 (the same week that I started my Masters Degree), I have gradually built up an Avon team and have met some wonderfully inspirational people in the process.
Somewhere along the road, my wife Hana perked her ears up and decided to give it a go as well, although she is still busy with being an in demand physiotherapist, she fits her Avon business around her existing commitments – with my and our children’s help of course!

Nothing gives us greater pleasure than to see people reach their full potential to reach their aims and goals and hopefully, eventually sack their boss!
If you fancy sacking YOUR boss, then apply now and we’ll get back in touch with you and see if you have what it takes to become a rockstar!!! 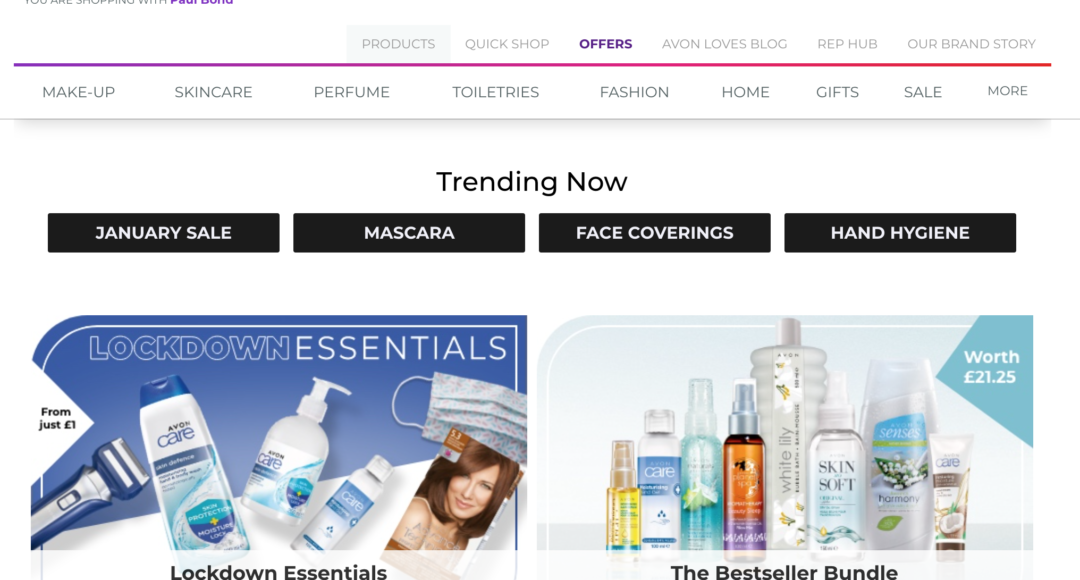 The Avon Digital brochures are a fantastic way to grow your business. When you become an Avon rep, you are automatically given your own unique digital brochure to promote. This is a fantastic way of doing business as you are not limited to only supplying people in your local area.
If somebody orders through your store, then Avon send the products directly to them, but you still get paid a commission. This means that if you have friends or family at the opposite end of the country to you, then they can still help to support your new venture.

If you have online marketing experience (or you want to learn) you can achieve truly amazing sales online. This does require you re-investing your earnings in online advertising so this should ONLY be considered by those that know about the subject.
Most people promote the online store via their Facebook Page/What’s App/Text/Email and so on.

Give it a go

Browse the Avon Online (Digital) Brochure Now. Click here – it will take you to the rockstars online store. You get a store exactly like this and don’t worry… you don’t have to know ANYTHING about programming. Avon do all of that for you. Just let as many people as you can know about it.